Visiting the museum of Puerto Bories is an excellent way to complement your Patagonian experience. Located on the border of the Señoret channel, 5 kilometers from Puerto Natales, it is within The Singular hotel. The buildings and museum are some of the most historic of the Magallanes region. Constructed in the 19th century as an industrial refrigeration factory, it lead to the social, labor, family and industry the area revolved around.

The location of Puerto Bories was first occupied by German Rodolf Stubenrauch in 1896, to create buildings that consisted of a greaser, sheds to slaughter animals, an area for drying leather and baling, a sawmill, four houses and a dock. In 1906 Stubenrauch sold the property to the Sociedad Explotadora de Tierra del Fuego, a Chilean livestock company that operated in Chilean and Argentinean Patagonia between 1893- 1973, who then began construction of the refrigeration factory. This was subsequently used to slaughter sheep, process and export the meat to Europe from this corner of the world.

This complex industry functioned for almost 70 years, generating jobs and creating population growth for this region. The factory was largely responsible for the founding of Puerto Natales as a city in 1911 and was the industrial engine of the Last Hope province. The complex worked with estancias such as Cerro Guido, Cerro Castillo, Dos Lagunas, Prats, Tres Pasos, Río Tranquilo, among others, and used more than 400,000 hectares of land suitable for raising sheep. Puerto Bories slaughtered between 150,000- 250,00 sheep annually, and employed 100 full time employees. The slaughter between January and April employed around 400 people.

The Puerto Bories museum is distinct from others in the area of Puerto Natales and Punta Arenas. This museum permits you to indulge your senses and imagine the lifestyle of the region in the late 19th century. Recall the heydays of the thriving industrial activity that was ahead of its time and, little by little, was lost into oblivion. This allowed the area to discover new forms of growth and economy, with only buildings left behind to remind you of its golden age.

We recommend walking alongside the promenade, to the north, 5 kilometers from Puerto Natales. Here you can enjoy the differing views of the fjord and multitude of marine birds in the area. Another option is taxi (2,500 pesos/ $4 USD).

The entrance to the museum is 5,000 pesos/ $9 USD per person and includes a drink in the hotel restaurant. If you have the opportunity, we suggest staying for lunch or dinner (reservations recommended) to enjoy the complete experience. 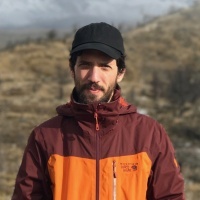